This tour is common for the tourists who have limited time to spend in Ohrid, however they wish to experience Ohrid Lake on a boat.

Regular departure point is the Ohrid central port located only 50 meters from the main square. It includes Ohrid Old Town, cruising close to the shore so you can have a detailed view, while on the way back the cruise will take you further from the shore, so you can enjoy a unique panoramic view of the entire Old Town. Most important things you will see are the Church of Saint Sophia dating from the 9th century, the fishermen settlement Kaneo, the Church of Saint John at Kaneo dating from the mid-15th century, it is the most famous and most photographed church in Ohrid because of its amazing location on a cliff overlooking the Ohrid Lake.

Furthermore, you get to see the virgin beach Labino and the two so-called Caves of Love which are very popular within locals and getting a huge attention from tourist as well. On the way back you will see the Church of Saint Clement Pantelejmon at Plaoshnik, built on the foundations of an early Christian basilica back in the 9th century. On the top of the Old Town is the Tzar Samuel fortress from the 10th century which overlooks both the lake and the whole Ohrid area. End point of this tour is same as the departure, the Ohrid central port. 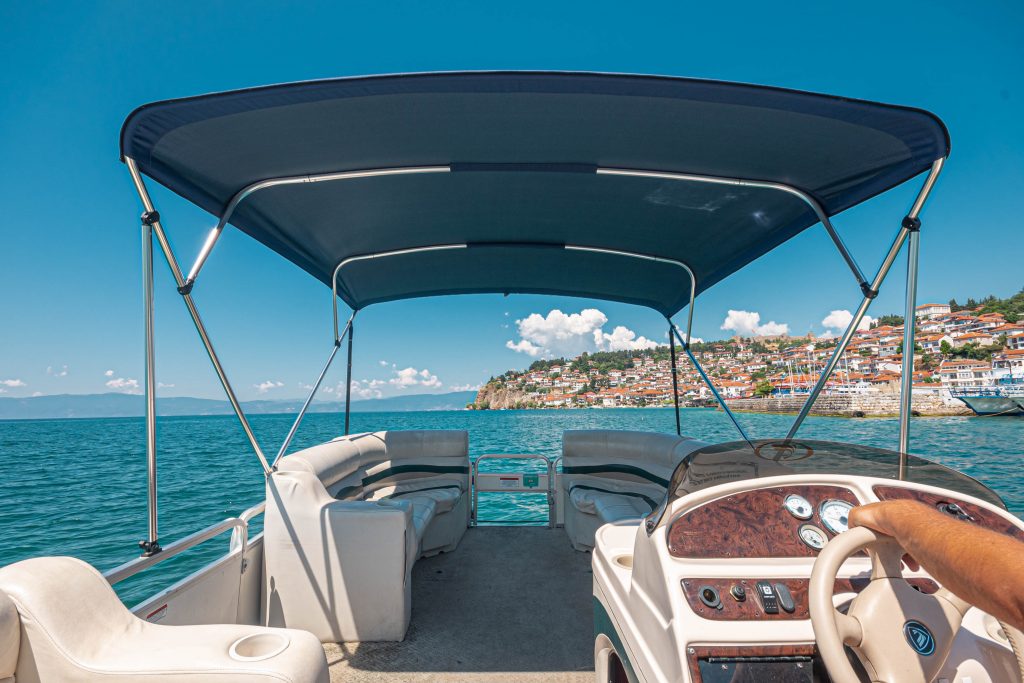 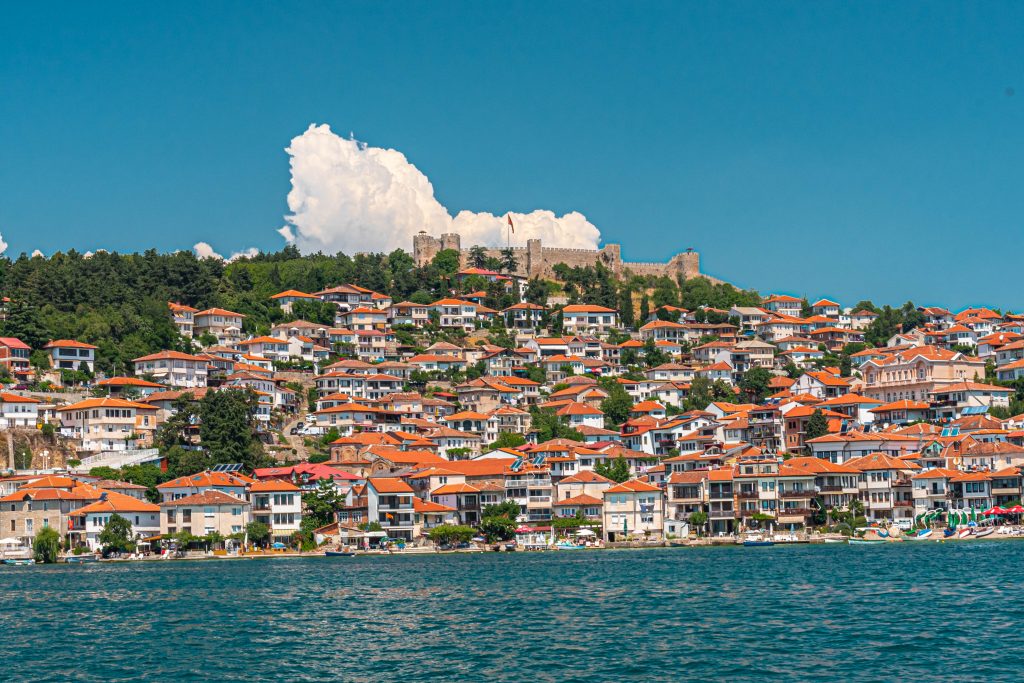 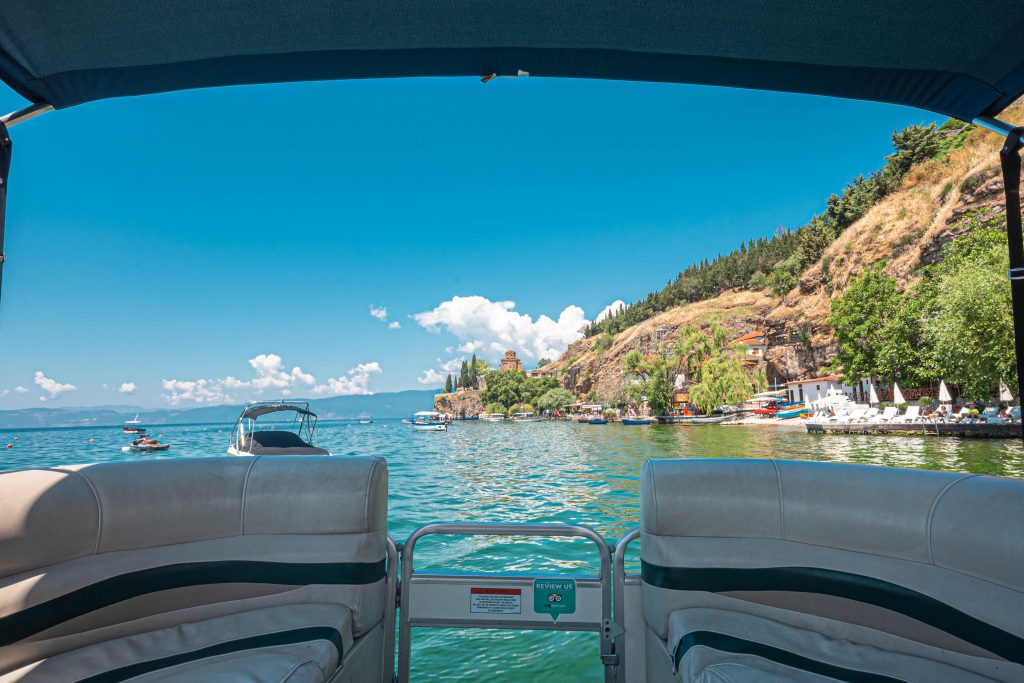 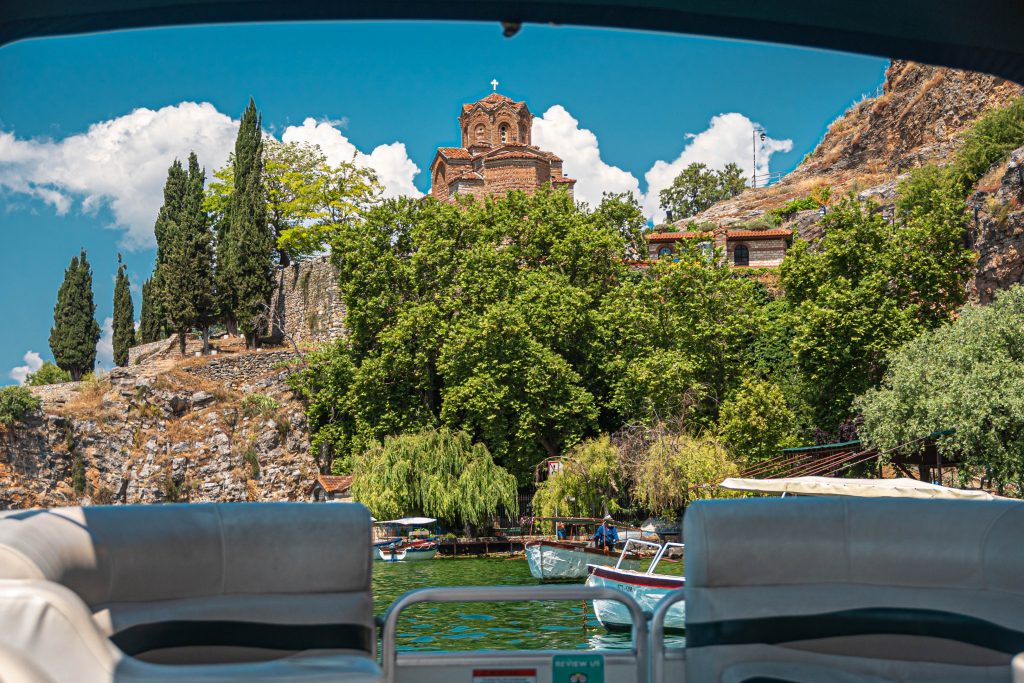 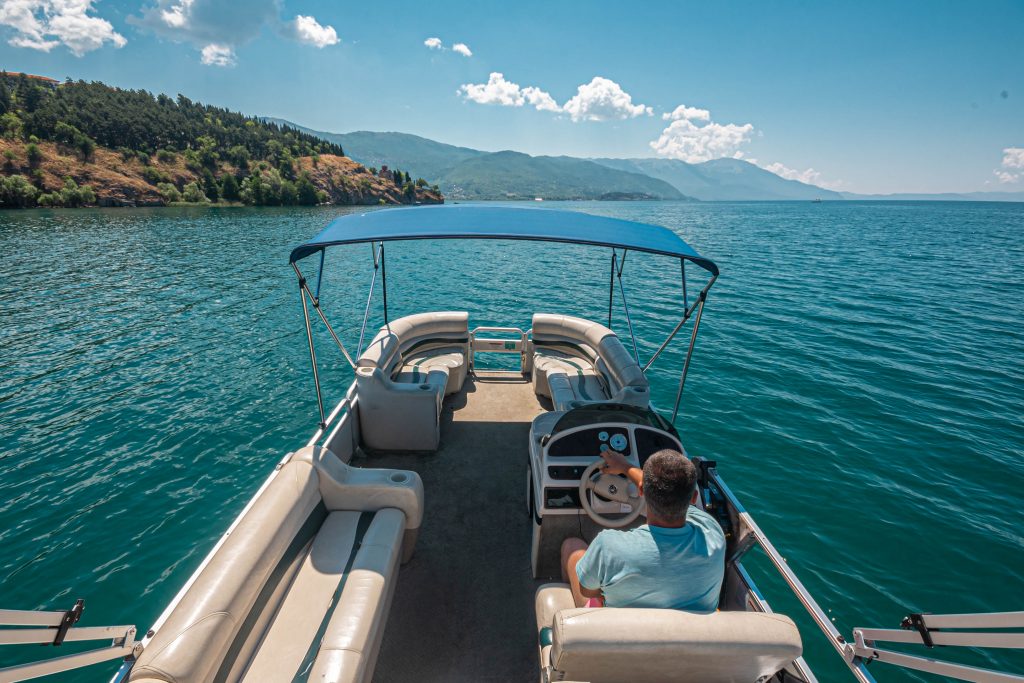 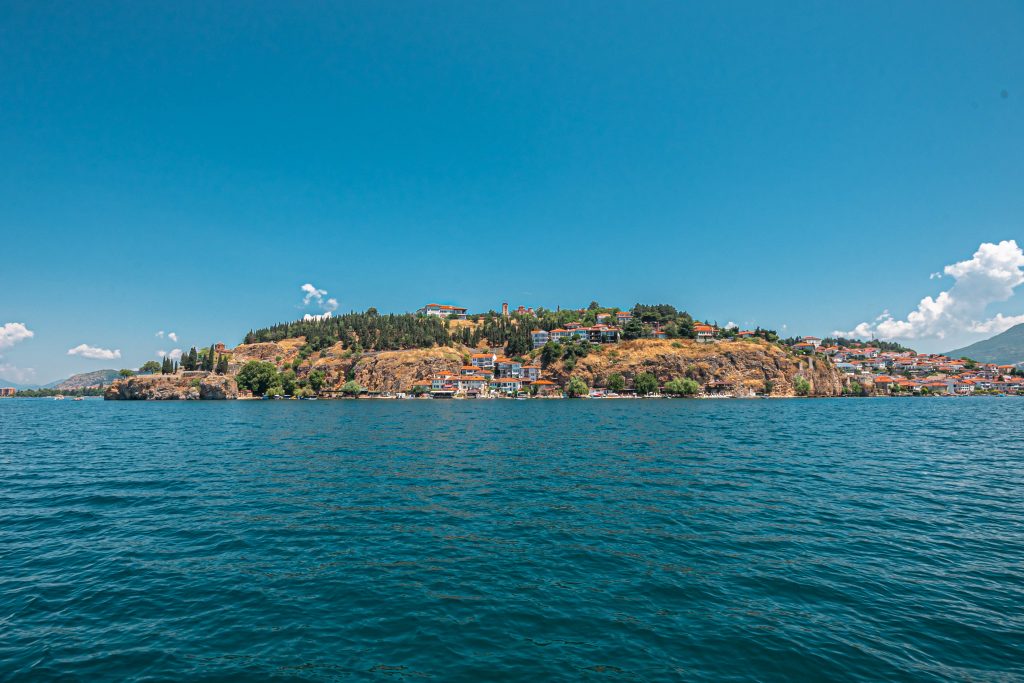